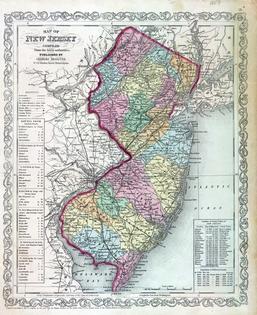 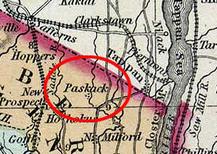 Our club’s purpose is to encourage friendship between the women of our communities and to promote the well-being and interests of its members and neighbors. By planning, sponsoring, and participating in local events and programs, the “Juniors” strive to enrich the lives of the Pascack Valley community. Efforts are made to promote the educational, social, civic and moral welfare of the community, pursue philanthropic endeavors in the area, and further the objectives of the New Jersey Federation of Women's Clubs. In short, we strive to better the Pascack Valley community however we can!

What's in a name? Paskack

is not a misspelling. We choose

to use the original Native American

spelling to acknowledge our

long history as a club and

doing good in the community.

In 1930, five young women met to form the Paskack Junior Women's Club (PJWC), a federated member of the General Federation of Woman's Clubs. During these Depression years, Juniors focused on helping the needy.

During the 40's, interests revolved around the war effort. As USO hostesses, Jr. Red Cross Volunteers, the PJWC, also served as airplane spotters and air raid wardens during the Cold War.

The first Community Improvement Project was a Senior Resident's Center on Ridge Avenue in Park Ridge in 1957.  Juniors helped form a Blood Bank in the late 50's. An annual "Husband's Night" began, and girls were sent to the first College Day at Douglass College.

In the 60's, the PJWC made its first commitment to Pascack Valley Hospital.  In 1966, over 400 lbs. of clothing were sent to Vietnamese children.  In 1961, membership had grown to 59. Story hour and the club newspaper were born. The Bowling League began in 1968 with 18 bowlers.

The 70's meant community improvement.  Funds and furniture were donated to the new Pascack Mental Health Center.  In '73, the club sponsored an independent living program for children of trainable ability, and later, helped establish a transitional residence for women released from mental institutions.  Paskack Juniors helped start the Montvale Public Library and met there for several years. Financial and volunteer assistance were freely given to a former Junior who fell victim to Multiple Sclerosis. The Tots' Eye Screening began in '73 and in '75, scholarships were first awarded to high school graduates.

The 1980's arrived with a bang.  Our 56th Anniversary was celebrated through the creation of our quilted banner.  Sudden Infant Death Syndrome (SIDS) was the state project, and the Park Ridge Railroad Station Restoration became our CIP.  During 1982-83, we saw the inception of the Pascack Food Center, with a Junior on the Board.  We also joined with our new sponsoring club, the Valley Contemporary Women's Club, in supporting Spring House, a rehabilitation center for alcoholic women.

In 1983, we placed two members on State Board: Kathy Grubb as Tel-A-Junior Editor and Phyllis Puzio as District Advisor.  The American Liver Foundation was the State Project, and Spring House became a very successful District Project. We helped form the Friends of the Park Ridge Library. At Convention 1984, we named Kathy Grubb to Honor Roll, and won the Woodrow Wilson Good Government Award for our Voluntary Fingerprinting Program.

1984-85 was a year famous for new ideas.  We joined Crime Stoppers, raised money for the Statue of Liberty/Ellis Island Restoration, and African Famine Relief Programs.  Our membership grew by 21 new members to reach 44.  We began to organize the Paskack Juniorettes, a club for girls aged 12-18.  Phyllis and Kathy again served on State Board, and Phyllis was placed on Honor Roll.  We celebrated wildly at Convention '85 when we received the prestigious Diamond Dozen Award.

The 1980-82 administration ended with Juniors raising over $102,000 for the Sudden Infant Death Syndrome Foundation to ensure the establishment of two Infant Apnea Evaluation Centers in New Jersey.  During 1982-84 Administration, the maximum age for a Junior was raised to 40 and over $60,000 was raised for the American Liver Foundation to fund fellowships for doctors doing research in liver disease.  For the Junior State Project of the 1984-86 administration, the Spina Bifida Coalition of New Jersey, club members raised a record $107,000, which continues to fund a Brace Fund for children born with Spina Bifida.

During the 1986-88 administration, the Junior Membership Department became the Junior Membership.  After fifty years of functioning as a department of the state Federation, proposed amendments to the bylaws of the Federation were passed by the NJSFWC at the annual Convention.  These amendments eliminated the "department" designation for the Junior organization on the state level and provided full recognition of Junior and Juniorette clubs as federated clubs of the NJSFWC.  Junior clubs were granted the rights and privileges accorded the other clubs of the state Federation, including the right to send delegates to and vote at the NJSFWC Convention.  This administration ended with over $100,000 being raised for the State Project, the Tourette Syndrome Association of New Jersey.

The mission of the Membership Development Campaign was accomplished during the 1988-1990 Administration with three new clubs and a major media promotion.  The Lupus Erythematosus Foundation was

The Junior Membership welcomed three new clubs during the 1990-1992 administration, and gave almost $1.4 million to worthy causes.  The JM State Project was the prevention of Lymes Disease and over $56,000 was donated by our members for the creation of a videotape and other methods of teaching children how to protect themselves from the "tick."  An additional $20,000 was donated to the Children's Hospital AIDS Program, the NJSFWC Special State Project.  Report writing was revamped to a questionnaire format and a President's Handbook was written and distributed.

As we approach the centennial of the New Jersey State Federation of Woman's Clubs, our clubs' emphasis is on community service and welcoming new women to our club so that we may continue as a giving, thoughtful and thriving non-profit organization.